Home About Us Our Mission Divine Sponsors 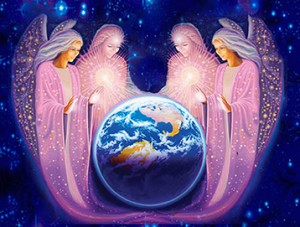 A Message From Aurora

Upon the completion of my development of a breakthrough psychological (soul) healing system, Sacred Alchemy, (which later was developed into TheQuest), Mother Mary appeared to me with the scent of roses and shared her vision of the Global Healing Ministry that has become a living reality today. Coming on board as one of the main Divine Sponsors of the Temple of Sacred Alchemy, which was founded under her direction in 2000, with 33 spiritual board of directors known and revered across the Earth, their Divine Complements and entourages, she opened up the Inner Planetary Healing Forum where many souls could be healed on the deep levels of the psyche in each session.

This has resulted in millions of souls receiving divine assistance, healing, upliftment and advancement across the Earth. Later she inspired me to bring out TheQuest, a 7 step Sacred Alchemy healing process so that souls across the world could heal their lives and change their destinies, doing the work on their own, while graduates of the Life Coach/Counselor Program would serve communities worldwide.

Mother Mary said, “We are changing the world from within.” Its been glory unto glory… with so many miracles continually. I’ve seen the most impossible cases transform, even though they were seemingly incurable, irreversible or unchangeable… life sentences of suffering dissolved away as light filled futures appear on the horizon.

Under Divine Direction, AEOS was founded in 2003 to bring out a vast array of healing, inspired music, books and films. Advanced souls across the planet are drinking in the manna from these products, using them for healing, self actualization, and support in fulfilling their highest destiny.

Its been a great joy to serve an Awakening World with the Divine Ones who lovingly are guiding our planet into a Golden Age of Freedom, Enlightenment and Peace.